Veterans Day, an American federal holiday, is celebrated on the 11th of November every year. It is dedicated to all American veterans of all conflicts. It had its roots in 1918, when World War I ended following the declaration of an armistice or a temporary cessation of hostilities between the Allied countries and Germany.

Veterans Day was originally known as Armistice Day. However, this was renamed Veterans Day after World War II and the Korean War.

Veterans Day is an opportunity for people to remember and show our appreciation for those who served the country. Originally celebrated as Armistice Day, the holiday was initially proclaimed to honor the sacrifices of American soldiers during the so-called Great War. In 1954, however, the holiday was renamed “Veterans Day” to include all veterans of all wars.

It is not uncommon for many military veterans to worry about finding a suitable career in civilian life. It is not surprising because many of these real-life heroes often end up unemployed after leaving the service.

The good news is that there are businesses that are ready to welcome them. These include those engaged in the skilled trade industry, such as plumbing. Business owners in these fields are finding veterans as potential local plumbers because veterans often possess the following unique qualities:

Great plumbers, just like military people, are always ready to take on hard physical jobs that other people do not want to do. Discipline is instilled in military training, which is why veterans have this admirable work ethic.

Veterans underwent years of rigid military training while in the service. It allowed them to acquire various skills as they grew into their jobs. Completing a new set of training by following instructions given by a plumbing superior should be easy for them. If veterans eventually end up having excellent plumber ratings, this should not even come as a surprise.

Being out in the field is a common scenario for former military men. Becoming professional plumbers will make them feel at home, especially if the job requires them to go underground to fix a damaged pipe.

Veterans are good with their hands as they have spent years handling guns, rifles, grenades, and other ammunition. Manual dexterity can serve them in good stead when they work on clogged drains and leaking faucets while using professional plumber tools.

Following the chain of command is a basic military tenet. Thus, in various military situations, soldiers have to trust their leaders and even their comrades in arms. Things can quickly turn bad if they don’t.

Veterans will bring the same attitude to their work as local plumbers. Trust in those they know are more knowledgeable can mean more plumbing jobs completed to customer satisfaction.

Veterans are more likely to have had the technology and technical education exposure than civilians during their military life. Each branch of the Armed Services has an apprenticeship program that veterans can use when hired as workers in the skilled trade industry, including plumbing.

Research shows that veterans are more sensitive to cultural differences than civilians. Their job often takes them to assignments abroad, where they work with people from diverse backgrounds, beliefs, and customs. It enables them to adapt to different personalities, making them more tolerant. This quality can work in favor of veterans, especially if they get to handle the plumbing of a frustrated homeowner.

Part of a veteran’s military training is how to provide good community service. It allows them to develop soft skills, such as effective communication and social interaction. These are qualities that great plumbers should possess since they are in a trade where they get to meet people of varying personalities.

Trained to see the bigger picture, veterans can appreciate a job that they know can have lasting results. It is a concept shared by many great plumbers. Fixing a clogged drain benefit not just one home but an entire community relying on a single sewer line.

Veterans hardly work alone, especially during their military life. Thus, they have nurtured the spirit of teamwork and will always prefer doing any job as part of a group. The business of plumbing operates similarly. Each has his role but must work with the team to finish the job. It is especially true in large plumbing projects.

It’s a common mistake to think that Veterans Day is the same as Memorial Day. However, there should be no confusion. Memorial Day honors American service members who died while serving the country. Veterans Day, on the other hand, is for all veterans, living or deceased, who devoted their lives to the service during war and peace.

Veterans chose to risk their lives to defend the country and national freedoms. In doing so, they placed their family, jobs, and interests behind them. It is but fitting to pay tribute to their sacrifices. Yet, to paraphrase former Department of Labor Secretary Hilda Solis, “the best way to honor veterans is by hiring them in a job where their skills are put to good use.” Given a veteran’s various technical skills, the best job for him is that of a plumber, working for a professional plumbing company where all types of plumbing problems are satisfactorily resolved.

A Better Plumber is the best choice for all your plumbing concerns on Veterans Day.

If you just got home after celebrating Veterans Day and discovered a leak in the bathroom, call A Better Plumber right away so further damage and accidents such as slips can be avoided. Rest assured that we’ll work on keeping the accident from happening by having our plumbing Denver CO, expert visit your place immediately.

We are the acknowledged experts in the plumbing industry. Call us now, and you’ll find out that we have some of the great plumbers in town.

Common Water Leaks at Home That Can Attract Pests

Plumbing leaks are probably among the most common home problems that are hardly noticed. This is because they are not easy to spot even if

Why You Should Consider Repiping a House

Quality pipes usually last for decades; however, some can turn out to be faulty from the get-go. The longevity of your pipes also depends on several factors,

Read More »
January 21, 2023
PrevPreviousWater Testing: What Does It Do?
Next7 Ways to Celebrate World Toilet DayNext
$50 Off For First Time Customers!

A Better Plumber is one of the best Denver Plumbing companies. Founded in 2011, we believe a service company should service your needs, not use your service call as an opportunity to sell costly and unnecessary repairs
Facebook-f Twitter Instagram Pinterest Linkedin

$50 Off For First Time Customers + 100% Satisfaction Guarantee!
CALL US TODAY 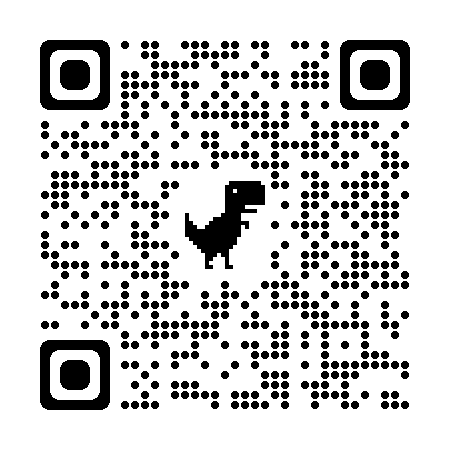